Thich Nhất Hạnh (1926 – 2022) was a Buddhist Vietnamese monk, renowned peace activist and author whose writings significantly increased the awareness of mindfulness, “interbeing” and engaged ethics in the western world. He is the founder of the International Plum Village Community of Engaged Buddhism, which has eleven practice centres and monasteries worldwide.

During the Vietnam War, Nhất Hạnh trained monks and young people to help the victims of the conflict by providing them with care and helping them to find safe shelters. For Nhất Hạnh, mindfulness was an essential tool when providing others with aid: “The essential is that you are mindful why you do things, whether you do it slowly or quickly,” Nhất Hạnh said in a radio interview on Fresh Air in 1997. “So when you try to help refugees and if they get lost in their panic and the fear, and if you also get lost in the panic and the fear, you cannot help them a lot. Therefore, you have to maintain some kind of calm in order to be a real helper. That is why the practice is so important while you are a social activist.”

Nhất Hạnh’s peace activism and his vocal opposition to the Vietnam War led to his being exiled from the country in 1966. This period of exile lasted 39 years, but these harsh measures did not stop him from continuing to spread the message of peace throughout the world.

Nhất Hạnh wrote extensively on the subject of peace, with a number of publications on the topic such as Being Peace, Peace Is Every Step: The Path of Mindfulness in Everyday Life, The Art of Living: Peace and Freedom in the Here and Now. In 1967 he was also nominated for the Nobel Peace Prize by Martin Luther King, who said that “[Nhất Hạnh’s] ideas for peace would build a monument to ecumenism, to world brotherhood, to humanity.” While Nhất Hạnh did not receive the prize that year, he did receive the Courage of Conscience Award in 1991 and went on to receive the Pacem in Terris Peace and Freedom Award, a Catholic peace prize given “to honour a person for their achievements in peace and justice, not only in their country but in the world” in 2015.

Nhất Hạnh’s timeless wisdom will live for years to come. Here is a compilation of seven of his quotes on the subject of peace: 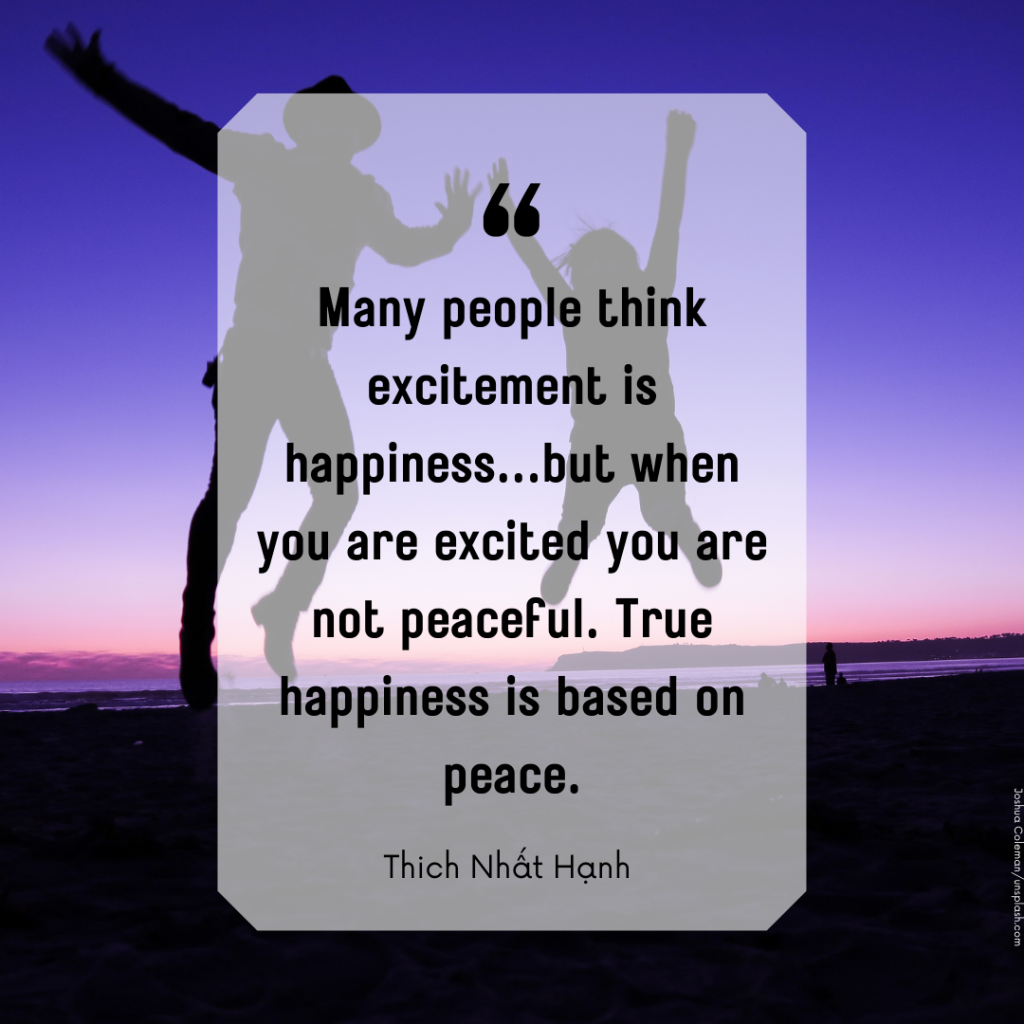 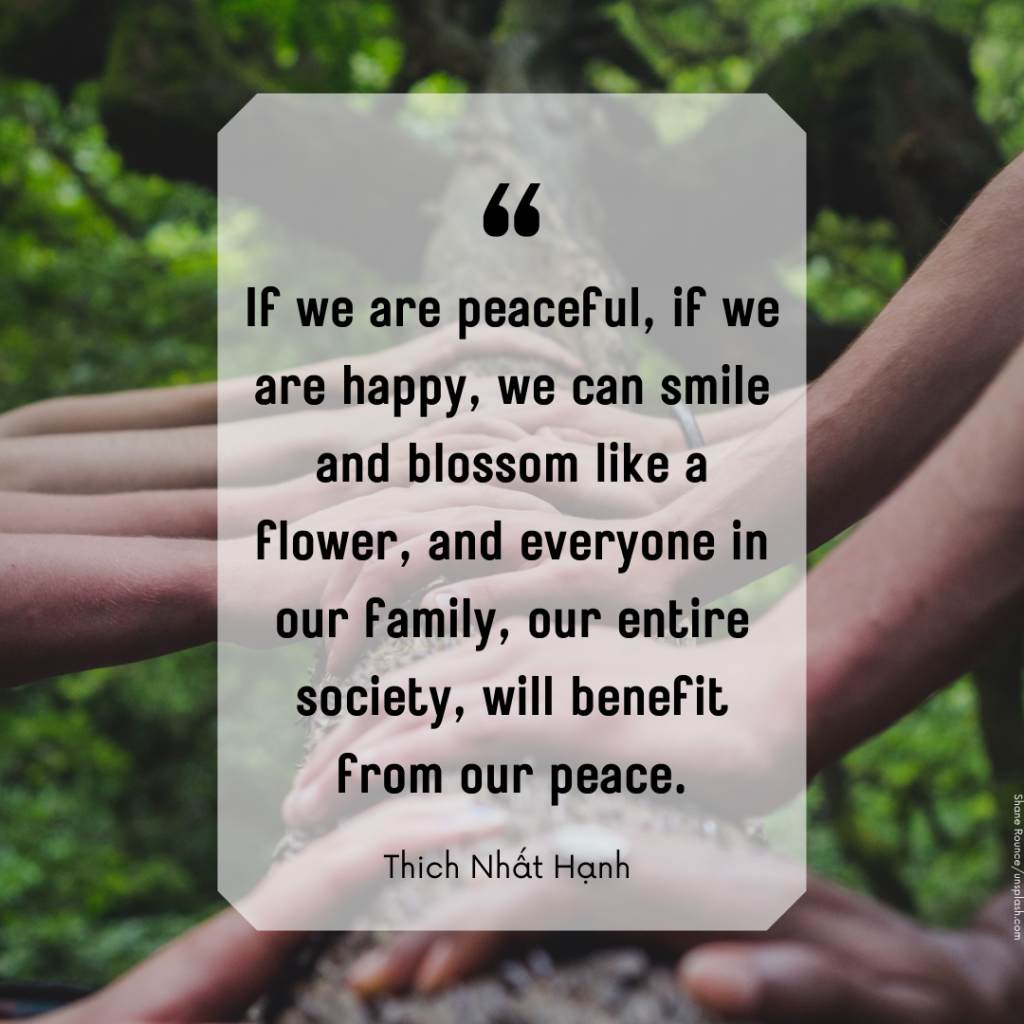 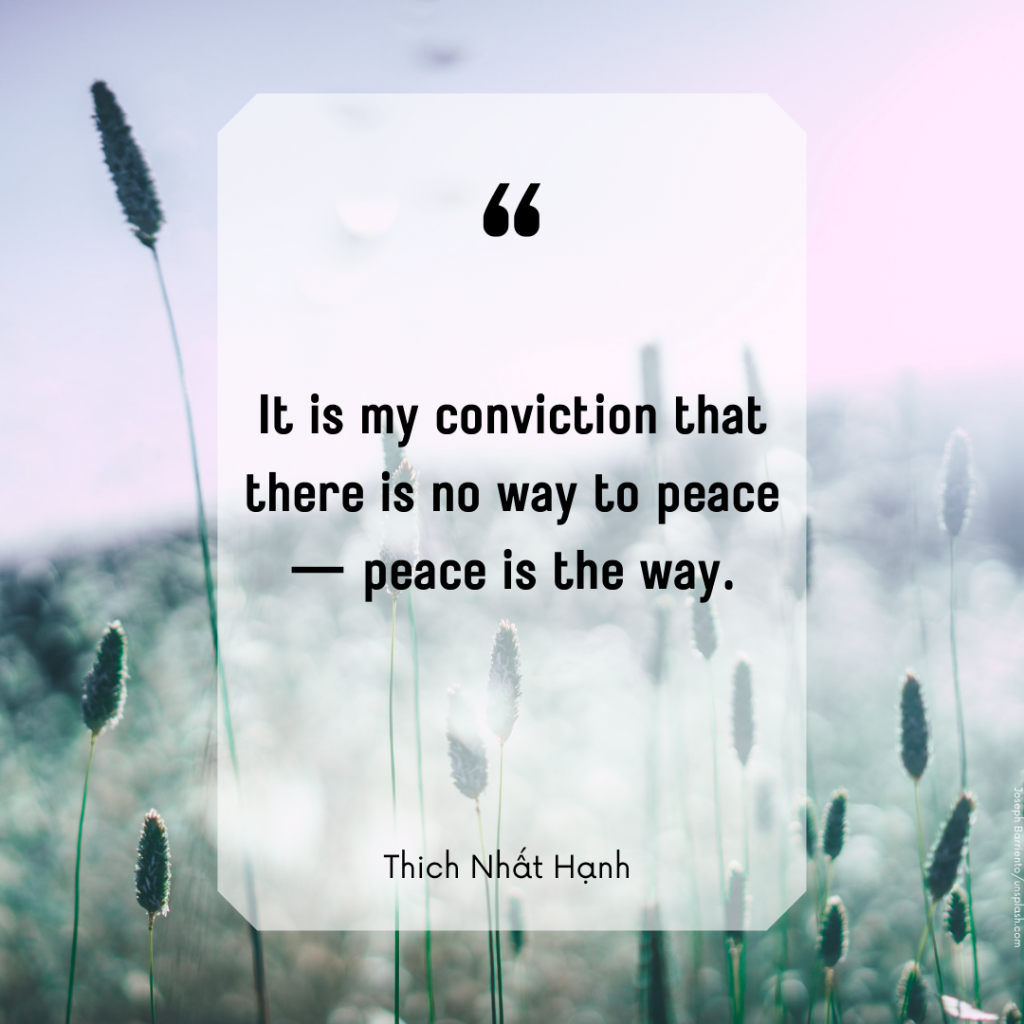 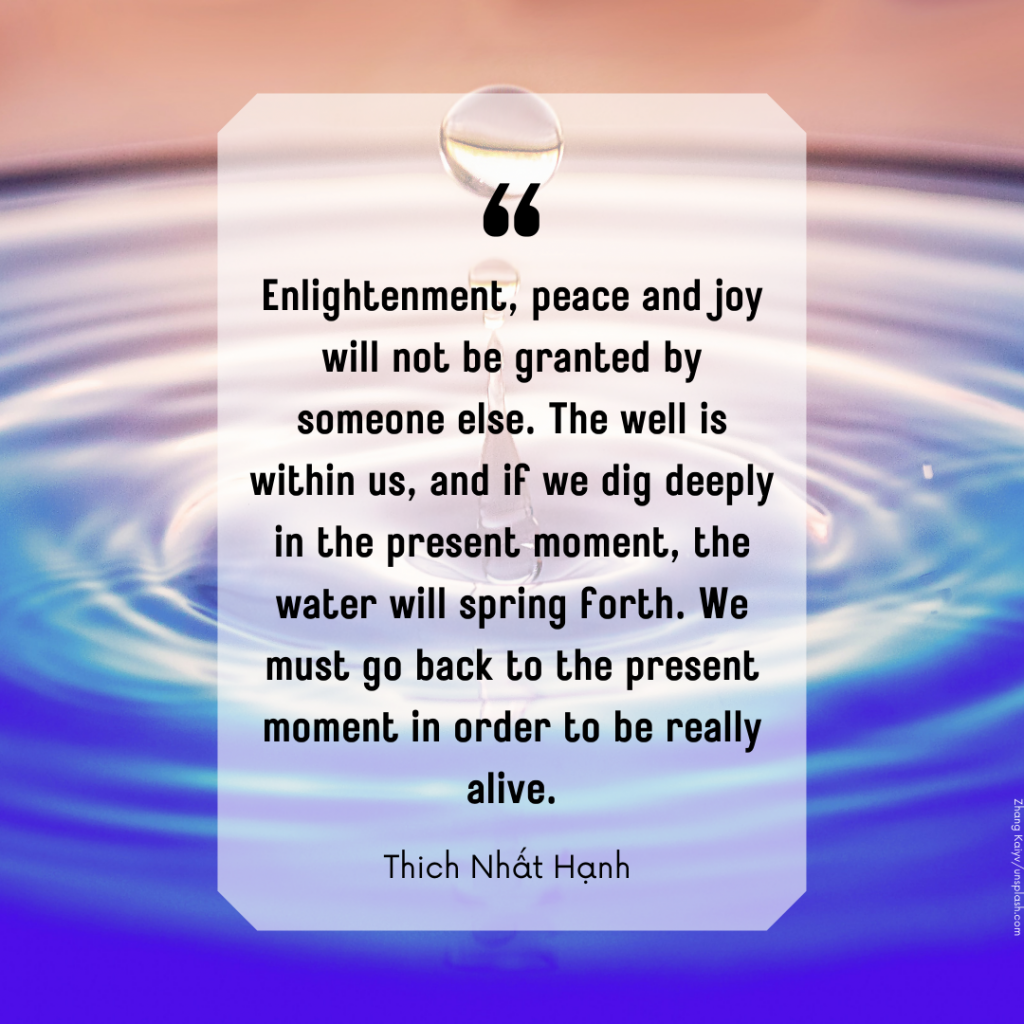 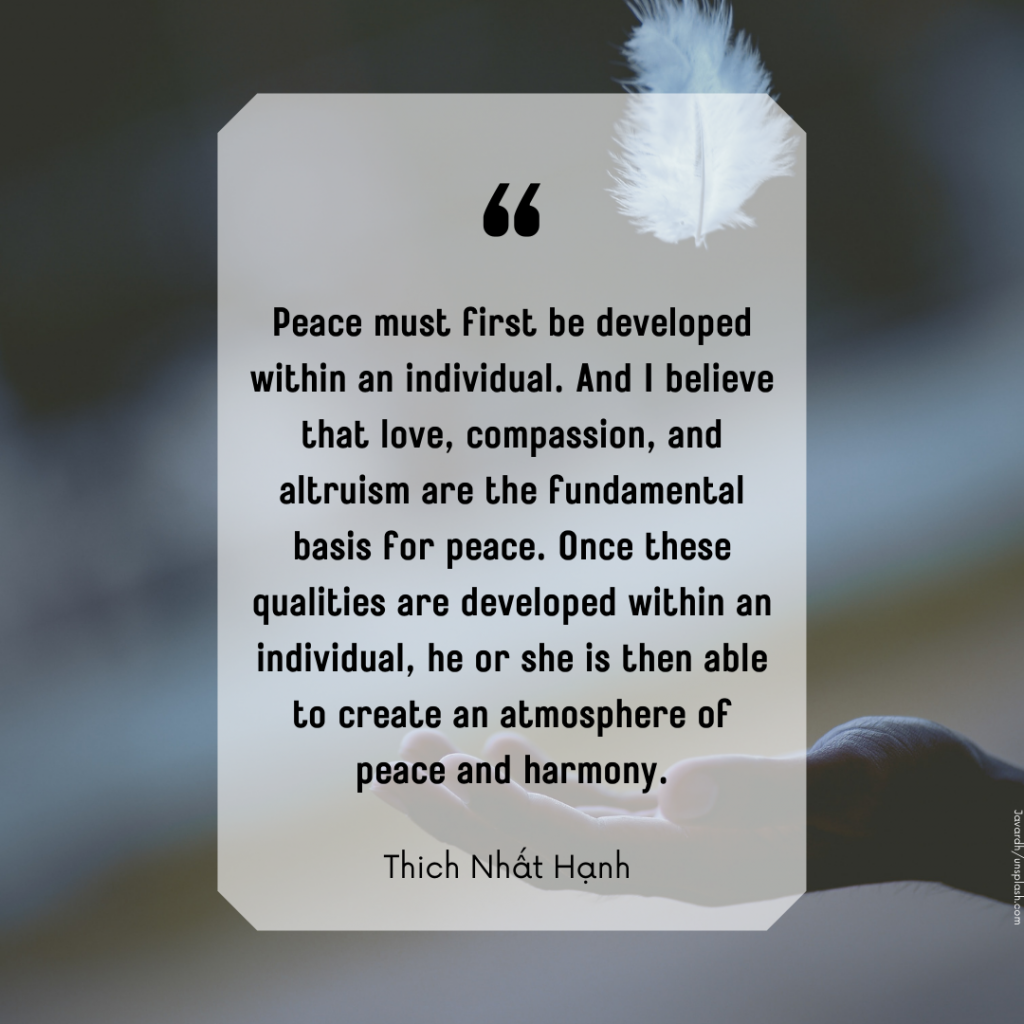 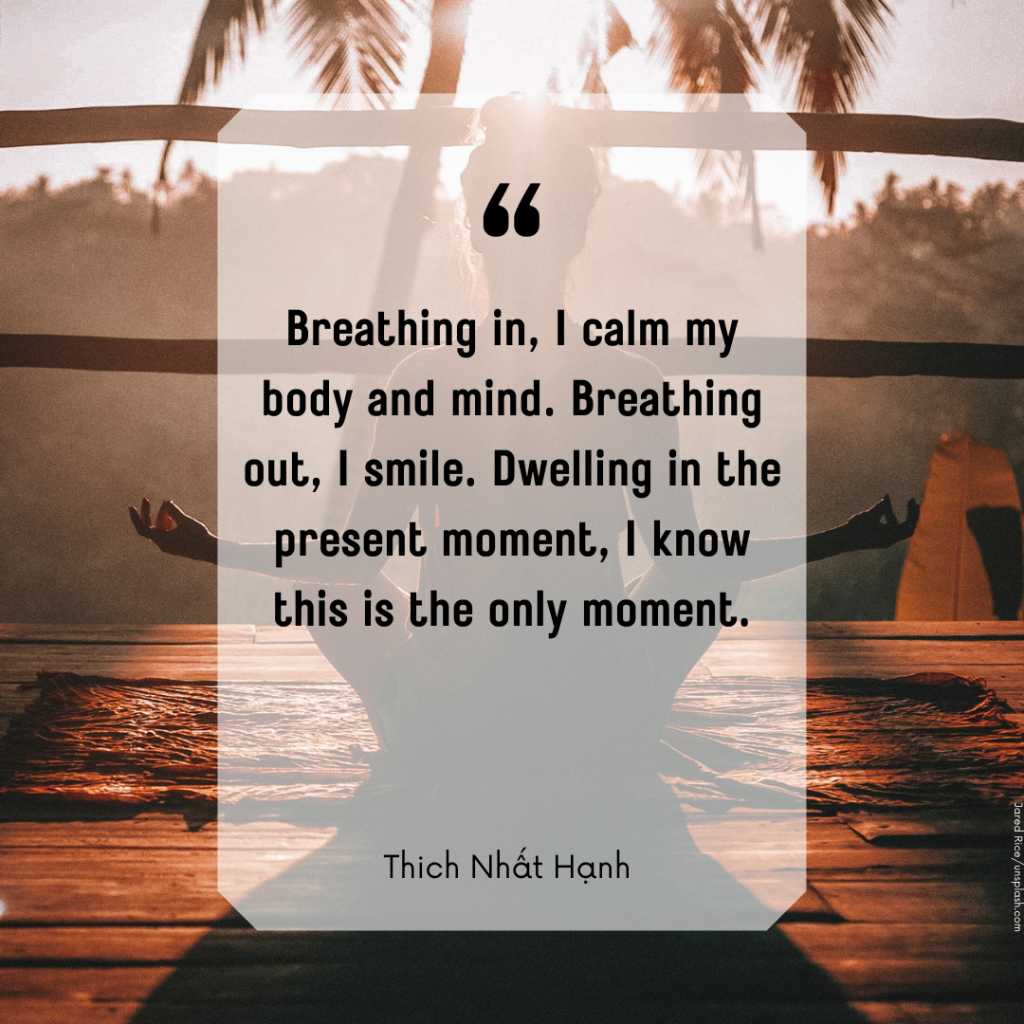